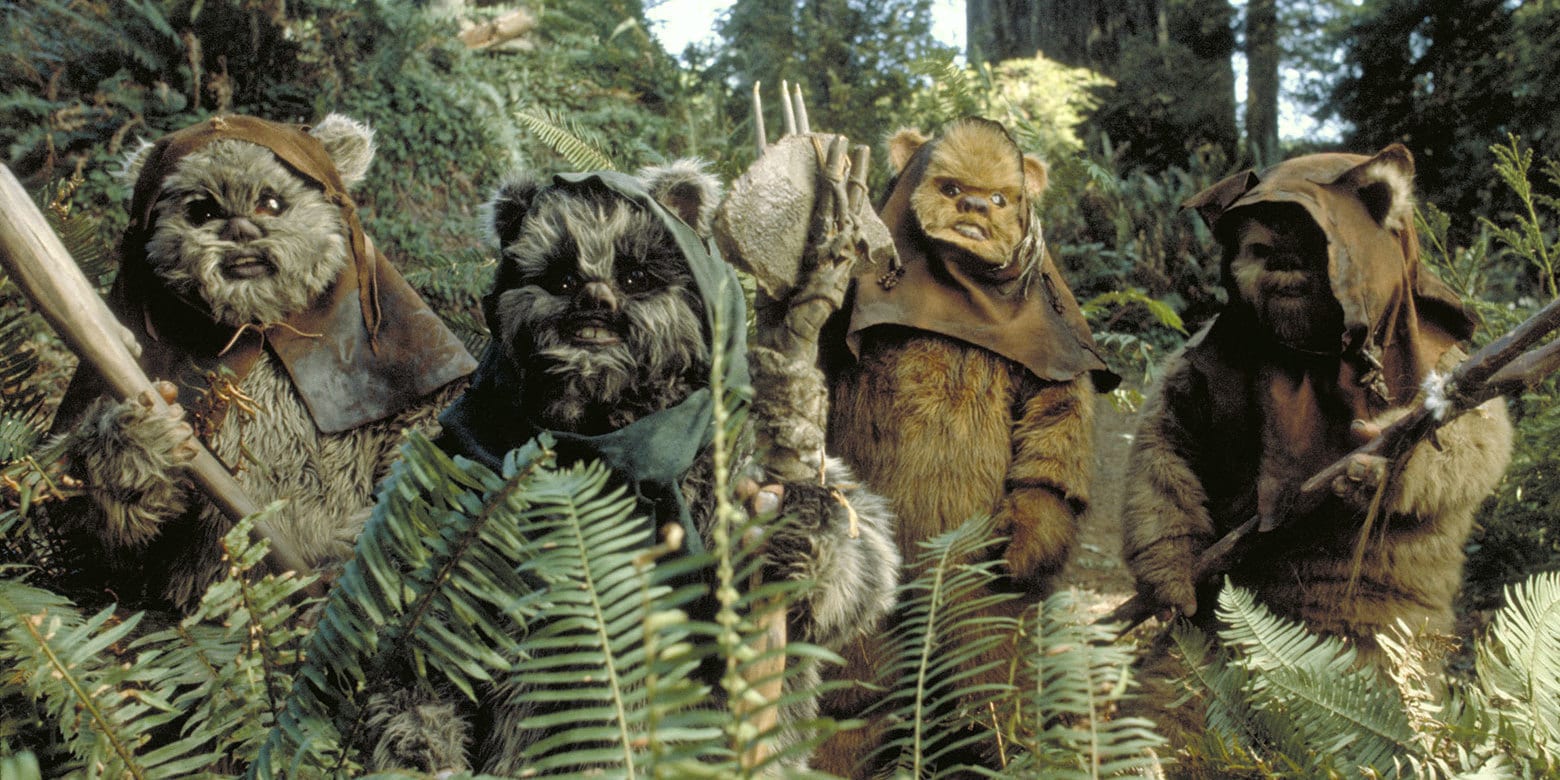 Star Wars Fans! Get ready- April will now be known as the ‘Month of the Ewok’! My husband, and my good friend, are both seriously geeking out over this. But honestly, who doesn’t love Ewoks?! I even had a stuffed Ewok back in the day. (Man I miss that thing…)

Well, in a little over a week, we’ll get to see Wicket; once again, in all his glory!

Get ready to head back to the beautiful forest moon of Endor. Coming to Disney Plus on April 2nd, we’ll be getting Star Wars: Ewoks (Seasons 1 and 2). We’ll get Ewoks: The Battle for Endor; and The Story of the Faithful Wookie.

There are decades, and generations of people who have never seen (or possibly) even knew these existed. Star Wars fans, young and old, are in for quite a treat next month.

I think one of my favorite little tidbits is the fact that Professor Flitwick, one of our own Hogwarts professors, is our beloved Wicket. Warwick Davis first appeared as Wicket in 1983’s Star Wars: Return of the Jedi. Fast forward to 2019, and we get to see Warwick, and his son Harrison, celebrate the final fall of the Empire in Star Wars: The Rise of Skywalker.

Syfy Wire was even able to catch a behind the scenes glimpse of Ewoks in their natural habitat.

Are you ready for the cutest little creatures on this side of the galaxy?! I hope so because April 2nd- here we come!

Get the best viral stories straight into your inbox!

What do you think?

Browse and manage your votes from your Member Profile Page

I grew up on Disney and being from Arizona, I was able to go every summer with my family. My love of all things Disney has just grown over time and have now been instilled into my marriage and our three wonderful kids! We love Disney and go as often as we can.

Don’t miss out on new Stories

By using this site you agree to our privacy policy. The material on this site may not be reproduced, distributed, transmitted, cached, or otherwise used, except with the prior written permission of Just Disney.

JustDisney.co is an unofficial fan site and not affiliated with The Walt Disney Company.